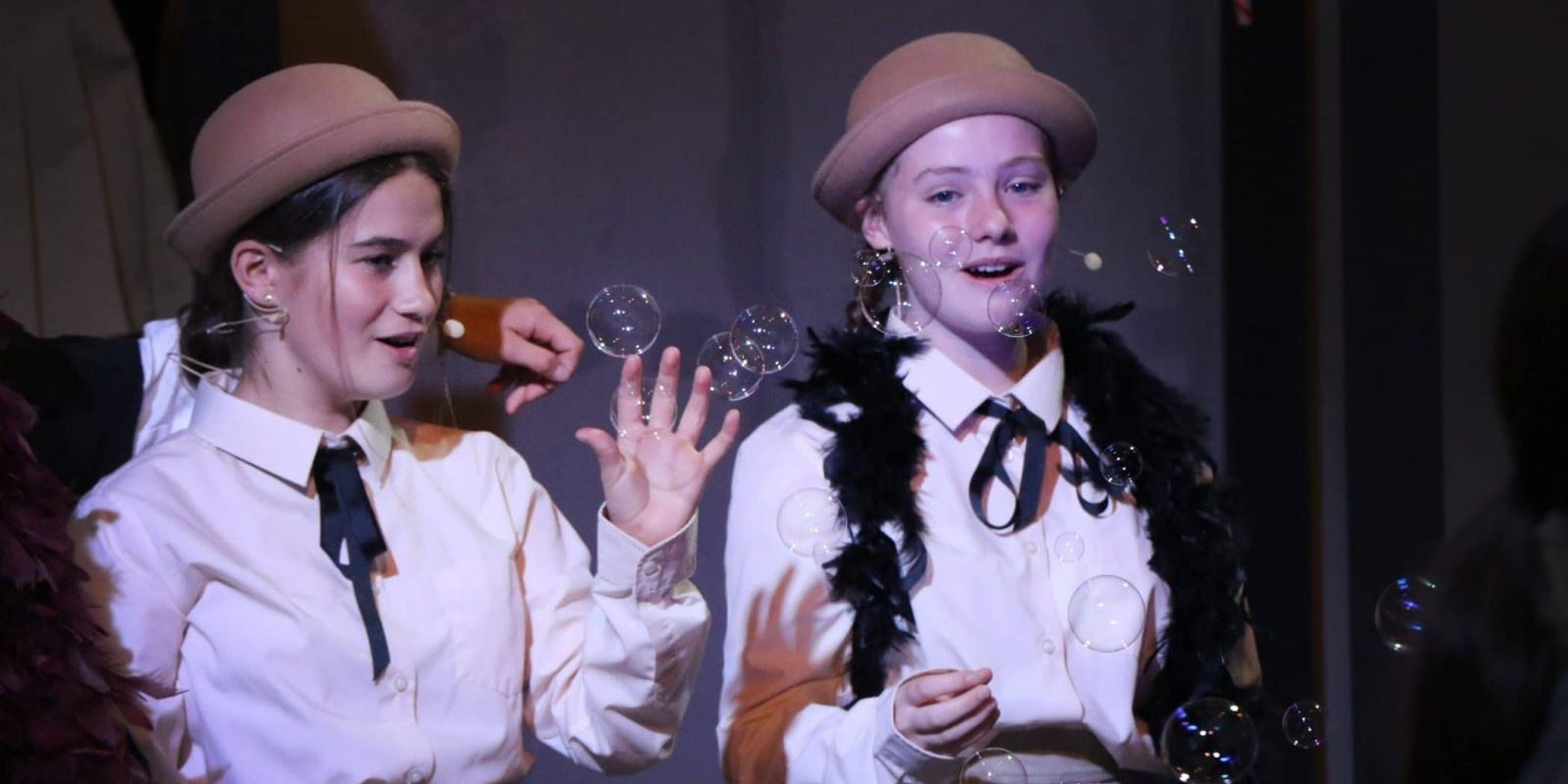 The Third Form put on their acting caps for a marvellous performance of the heart-warming, comedy musical, The Young Inventor’s Club!’

Emerging from the dark days of the January lockdown, Mrs Hamilton arrived (virtually) to Bloxham and it wasn’t long before she pulled together an exciting cast and crew for the Third Form Production.

The heart-warming comedy musical,’The Young Inventor’s Club, was written by Mrs Hamilton herself. The story follows a secret gang of renegade students, who meet in the school boiler room. Led by their newest and bravest recruit, Maggie Jones (Claudia K), the students plot to overcome the tyrannical Head, Tannoy (Emily T), who suppresses fun and creativity, prioritising exams and results. The world of the play was captured highly effectively by Mrs Brittin-Snell’s costume and set design, that found a great contrast between characters and location. This was further supported by Max C’s atmospheric lighting design.

This was a joyous story celebrating the golden days of our youth. The inventors (Zara H, Martha S, Molly S, Milly B, Ollie W) each create their own novel invention: an odd sock generator fixes those old mangled socks; the ‘tune channeler’ automatically makes the user an expert player of any song; and Maggie invents a happy machine. On their quest to spread happiness, the group manage to convert their oppressors to their cause; the comically humourless librarians (Flora M, Melissa L), the data-driven teachers (Etain B, Charlotte FS, Sophia A, Mathilda LJ) the fierce soldiers (Lewis R, Freddie H, Genoveva MG) and finally, Tannoy. All experience the wonder and joy of happiness, and this was perfectly celebrated in the final number of the evening,’The Golden Days” a euphoric, choral song that left the audience feeling warm and nostalgic.

I was struck by the excellent ensemble moments, such as, the journey into the secret boiler room, and strong choral performances that brought life and energy. The punchy one-liners were effectively delivered throughout ‘ the satirical teachers’ scene exposing corporate jargon was delightful.

This was a production by a talented group of Third Formers who used lockdown to such positive ends. They created a joyous atmosphere ‘ the perfect end to the summer term and a challenging year. We look forward to seeing the cast feature in future productions to come.

Photos of the performance are available via the Bloxham Flickr page. 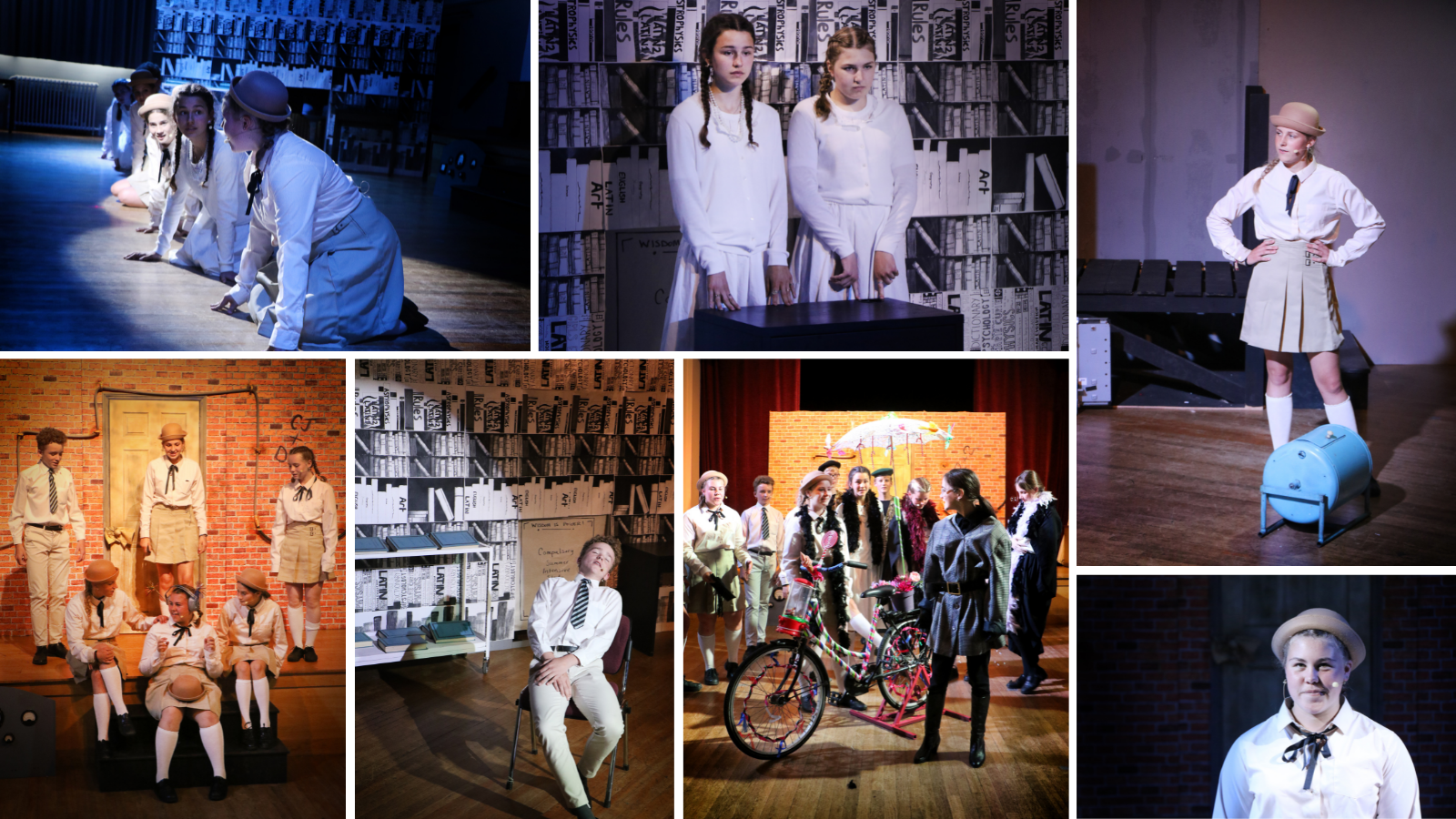