In early July, a small number of Bloxham senior students headed to the Scottish Highlands in the surroundings of Ben Nevis and Glen Coe.

The trip, lead by Mr Sanderson and Mr Buckland, provided Bloxham Students with seven fun fuelled days of adventure in the outdoors, replacing an Alpine climbing trip cancelled by travel restrictions to France. Mr Sanderson provides a summary of the jam packed week away:

“The trip began with an overnight sea kayaking expedition, setting out from the beautiful Arasaig peninsula to explore the inlets of Atlantic sea loughs and rugged islands along this beautiful section on the west coast of Scotland. There was much wildlife on view with dolphins, eagles and seals all being spotted. The pupils camped on a remote secluded island, with pristine white sand in a tepee that had been brought with them in their boats before returning to base after their night under canvas. The following days were then land based, which included rock climbing Glen Nevis, and multi-pitch climbing in the majestic surroundings of the Glencoe valley on Weeping Wall and Barn Wall on the East Face of Aonach Dubh. Further adventuires were to follow on Mountain bikes at the Witches trail of Spean Bridge, including the most intrepid undertaking some of the World Cup downhill trail.

Finally, there were some Mountaineering and Scrambling days which included classics such as Curved Ridge on Buchaille Etive Mor, Ledge Route on Ben Nevis, the North Face of Gearr Aonach and an ascent of the Ledgendary Tower Ridge,’one of the few mountain routes in’Scotland’with sufficient length and exposure to be considered Alpine in character and a definite ‘tick’ for any aspiring mountaineer. Overall, the weather held out, there was drama and emotion, new experiences, challenge and camaraderie and above all it was a fantastic seven days worth of fun and adventure which will have created memories to last a lifetime.” 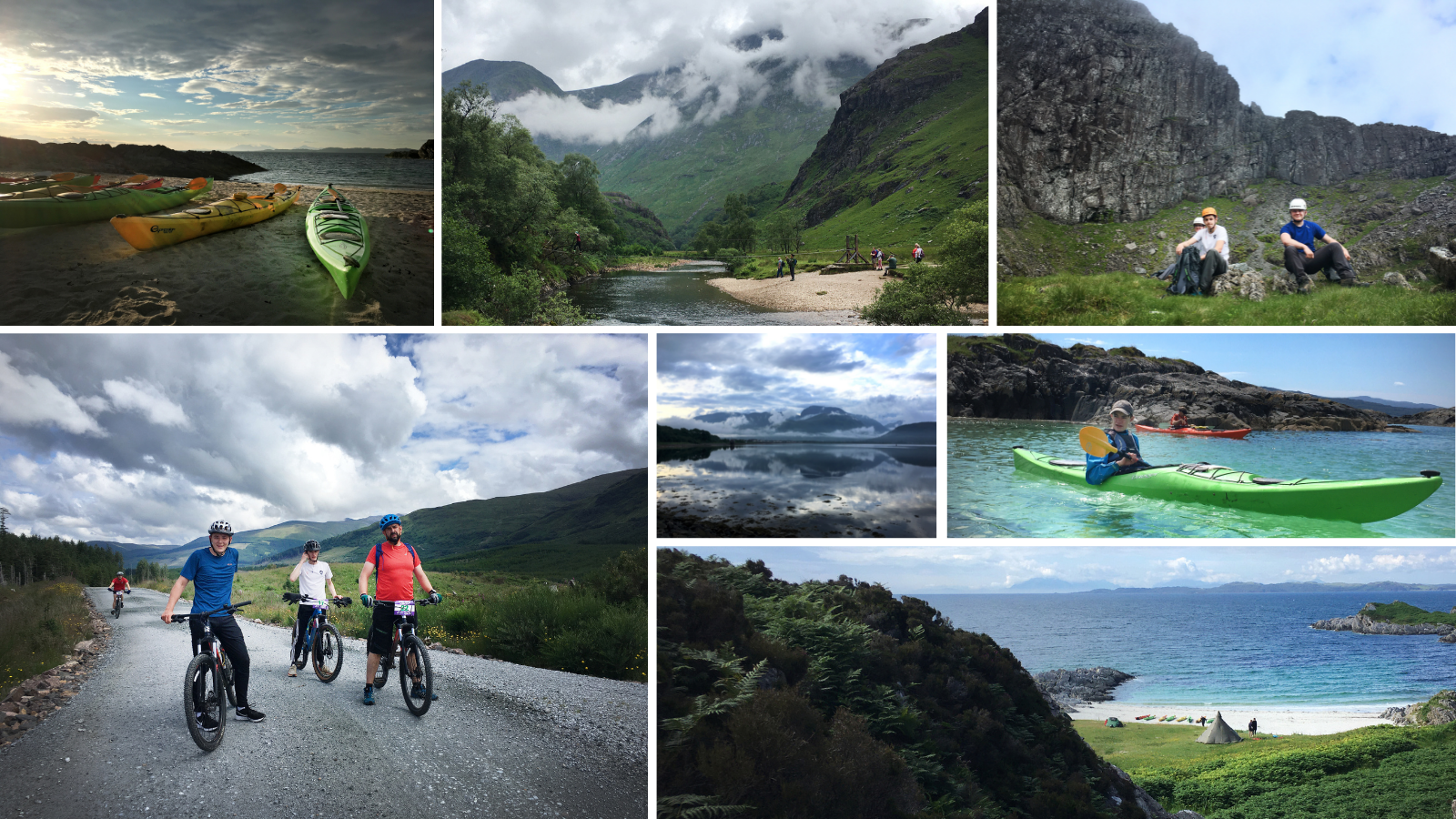